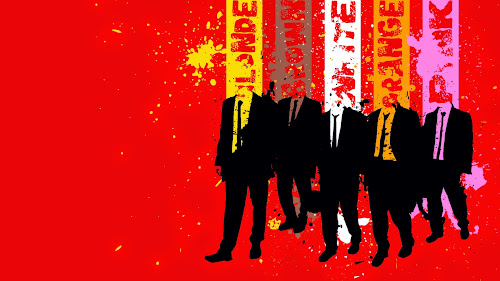 Early in my career one of the blogposts that accurately described the school and situation I was working in was Andrew Old's 'The F***-Off Factor'. In the post Old accurately identifies the limitations of the sort of behaviour policies one finds in schools:

'You could come up with a system of identifying and punishing all crimes and misdemeanours, you can establish all your expectations and rules with the class perfectly, but you still have to face the “Fuck-Off” factor. This occurs at the point where a child in a classroom in which the teacher has established control realises that they are unable to do whatever they like and have a great danger of having to learn. They cannot play with their mobile phones. They cannot continue the conversation/football game/wrestling match/unfinished bullying from break. They cannot play on their PSP. They cannot just put their head down and have a nap. They cannot be the centre of attention for everything they say. They are confronted with the replacement of their social world with the academic world, a world they don’t control.

And they tell the teacher to “Fuck off”.'

Old suggests that, currently, the best one can expect in many schools is that these children are excluded for a short length of time or told off by a senior member of staff or their parents are contacted. What follows are highlights from my dealings with some typical parents that I've contacted, or tried to contact, over the years:

Kaylee (underachieving and addicted to her phone) is wearing plimsolls which, according to the school uniform policy, are not allowed – time to call Mrs Blonde:

I asked Mrs Blonde to drop the pumps at school and we would try and make Kaylee wear them – the pumps have yet to arrive.

Kaylee is wearing black fashion trousers with something unintelligible written in glitter across the back – these are not allowed says the school uniform policy so time to call Mrs Blonde:

I checked with the shop and they had never heard of Mrs Blonde or Kaylee who has since shown up wearing a branded hoodie which is in the forbidden section of the school uniform policy:

It's the end of the month and there is no coat. Kaylee did arrive with a nose piercing which is against the school uniform policy:

“It was her for her birthday…she can't take it out until it heals over…BUT. ITS. HER. BIRTHDAY!”

Everyone found a reason not to call Mr and Mrs Brown. It is 08.40am in the student office and the Browns have entered the school uninvited:

“I want to speak to someone right now”

“I want to see the governors and the new head..this letter makes out that Kane is a problem in the school – how do you think that made us feel?”

“She's the only teacher he has a problem with”

“If he has always got his shirt untucked why did Mrs McClusker ask him to be a school guide?” (She didn't)

“You're so robotic, you sound like a robot…you need to work on the way you speak to people”

“You've got a right attitude problem”

“This school is fucking crap”

“What you call that swearing?”

“What you're leaving well I think that's very unprofessional”

The pastoral team tried to call Mrs White. Rhianna isn't doing her homework and has been caught smoking several times, she refuses to talk seriously to anyone in school about the matter and none of the White's contact numbers appear to be working. We later find out, from social services, that Mr White has left the family home because Mrs White refuses to take her medication and follow the diet recommended by her doctor. Rhianna, in Year 9, is now the principle carer for Mrs White.

The school organised a meeting with Mrs Orange and the support worker/mentor who is managing David's transition from a PRU into a mainstream school of his choice. The meeting lasted several hours and no-one could agree…

On David's overfamiliar behaviour towards members of staff many of whom are addressed as 'mate' or 'girlfriend':

'David is a friendly boy by nature and I don't think it is fair that that part of his personality is crushed out of him.'

On David's response to a member of staff ('I'm not fucking ill') when he was asked to wait at the student office after he had verbally abused another student:

On David's written statement describing an incident where he deliberately kicked a football at another student, went to do it again and was subsequently punched in the face:

'I think, Mr Leonard, that we are all ignoring what David said. It was an accident and he was thinking of apologising to Kayliegh when he walked upto her. I don't think it is fair to blame David who was attacked when he wanted to apologise for an accident that wasn't even his fault'

At the end of the week we receive our regular communique from Mr Pink who has concerns about Samuel's attempts to avoid homework:

'Samuel sometimes forgets to write down his homework. Please could you ask all teachers to write it for him in his planner'

'Samuel often forgets how to do his homework. Please could teachers provide a prompt sheet with every homework to remind him about what he has to do'

'Samuel doesn't seem to have had enough homework this term although he may not be telling us the whole truth. Please could you ask all teachers to provide a list of homeworks they have set this term, with dates, and whether Samuel has completed them or not'

Andrew Old suggests that badly behaved children who end up telling teachers to fuck off are egocentric and believe, crucially, that learning is unimportant. It is clear to me that David Orange and Samuel Pinks egocentrism and lack of interest in education is embellished by their parents belief that they are living saints while Mrs Blonde takes thing a step further by colluding with Kaylee's uncooperative behaviour. Mrs White and, in my opinion, the Browns need help. In the schools I have worked in, which are by no measure the toughest out there, parents like Mrs Blonde, Mrs Orange and Mr Pink are common and there will be a couple of dozen families like the Browns who a very difficult to deal with along with a further dozen tragic cases like the Whites. These people are out there and the knock on effect of their parenting and poor relationships with schools is significant.