One of my biggest frustrations is that no-one in charge of education can satisfactorily articulate what they the think the core purpose of schooling is. Micheal Gove, for example, desired a highly qualified workforce delivering a liberal education whilst simultaneously legislating for an unqualified one that minds children for free. More recently Nicky Morgan said that schools exist to boost the economy whilst simultaneously enabling dysfunctional children to 'get on in life' – the services best qualified to do this have been cut to, apparently, boost the economy.

This duality of purpose causes a lot of problems for teachers as it encourages those with particular vested interests to enter schools and encourage the prioritisation of their particular aspiration at the expense of others. For example a key worker may seek to prioritise a children's socialisation at the expense of academic outcomes while an Ofsted inspector may do the opposite – try pleasing both! With this in mind I feel a sense of profound disappointment at the latest offering about the purpose of education from Schools minister Nick Gibb. Here is a choice excerpt from Nick's recent speech at the education reform summit (1):

“Education is the engine of our economy, it is the foundation of our culture, and it’s an essential preparation for adult life. Delivering on our commitment to social justice requires us to place these 3 objectives at the heart of our education system.”

“We all have a responsibility to educate the next generation of informed citizens, introducing them to the best that has been thought and said, and instilling in them a love of knowledge and culture for their own sake. But education is also about the practical business of ensuring that young people receive the preparation they need to secure a good job and a fulfilling career, and have the resilience and moral character to overcome challenges and succeed.”

If education and the teaching profession in particular are being pulled by vested interests, damagingly, in conflicting directions then we desperately need one core reason for being. Gibb has come up with something so convoluted it ceases to mean anything distinct at all; his three objectives are so broad that there is no social malady for which a child's schooling can't be blamed and no reason why any vested interest cannot legitimately seek to interfere with a schools work.

Practical Work in Science Part 2: Beyond the blundering headlines

In this series of blogposts I discuss the state of practical work in secondary school science lessons. Last time I welcomed Ofqual’s decision to scrap ISAs (the current method of assessing practical skills at GCSE) and suggested some reasons why many Science teachers feel the same way. This is a rare moment of accord between a regulator and the teaching profession and one thoroughly spoilt by the press briefing ‘scientific’ members of the educational establishment. The doom-mongering ‘it is the end of practical work’ headlines are tiresome and unhelpfully endorsed by tedious education secretary Nicky Morgan. Yet I find myself equally impatient with partisan ‘what do they know' responses from some colleagues especially as some of the most prominent voices are members of the press and scientific community themselves. I think the sceptics know quite a bit and, contrary to popular opinion, they have listened to teachers.

The Gatsby Foundation and Wellcome (GFWT) Trust are amongst the most vocally opposed to Ofqual’s proposals yet a joint policy note from June 2013 (referenced directly by Ofqual in the consultation document) articulates no love for ISAs:

‘There is universal agreement among those we consulted that this assessment method is deeply flawed. It makes teachers focus on a narrow range of externally-set practicals as they hone students to do well in what constitutes 25% of their final grade. Students are internally assessed on their planning and analytical abilities (not on their technical skills) by their teachers who, under our high stakes system, are under enormous pressure to give students maximum marks.’

Despite this accurate assessment the GFWT were signatories to a letter, published in the press, sent to Head of Ofqual Glenys Stacey criticising the reforms:

‘We are deeply concerned by the proposal that practical skills will not be directly assessed, and the suggestion that such skills can be validly measured through questions in the written exam.’

To me this excerpt reveals more about the GFWT’s motivations than the headlines. Their inclination towards direct assessment of student’s practical skills, not ISAs, seems clear if a little short sighted given their genuine concern about validity and Ofqual’s reasons (see here) for rejecting direct assessment:

‘Sheer numbers are a particular consideration…teachers would need to observe directly and carefully a sufficient amount of each student’s practical work to judge whether or not that student had performed the wide range of skills to the required standard. If students’ skills were to be assessed in more than a few practical tasks, the assessments would become unmanageable, yet with too few tasks they would not be particularly valid.’

Briefing against Ofqual on this demonstrates a lack of understanding of departmental level systems on the part of GFWT. That said their letter does, once again, demonstrate a remarkable appreciation of the unintended consequences of our target driven accountability measures:

‘Without direct assessment, practical science may be devalued by head teachers and senior leaders who are under pressure from school accountability measures and tight budgets.’

Yet GFWT's appreciation only goes so far and I think it is contradictory, given their earlier positioning, to assume that Ofqual regulating in favour of direct assessment will get disinterested people to reverse their attitudes towards practical skills; if accountability measures encourage people to take short cuts then more regulation will likely lead to more of the same behaviour.

Despite the clumsy headlines the dividing lines between the educational establishment, Ofqual and the teaching profession are limited to direct assessment and solving the problems associated with accountability measures. The educational establishment need to let direct assessment go and realise that anything consuming money and time is an enemy of pertinent practical activities. There also needs to be an acceptance that, while current accountability measures remain, different regulation is unlikely to lead to a massive shift in values. With this in mind Ofqual’s proposed minimum of eight practicals per GCSE qualification with associated examination questions is a good way to nudge the reluctant while minimising regulatory burdens on teachers who genuinely want to offer a higher frequency of pertinent practical work. 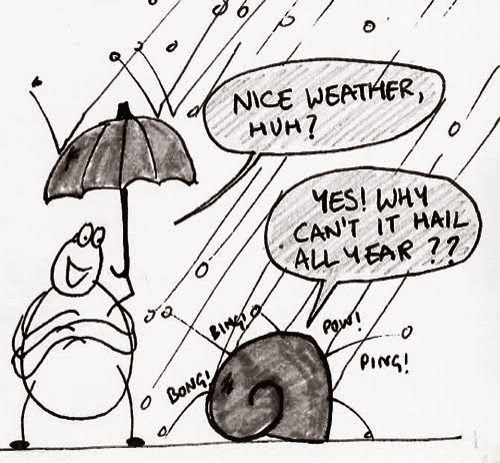 Nicky Morgan is in an unenviable position – she is picking up the government brief for Education with less than a year to go before a general election and replaces a politically toxic minister who managed to upset pretty much everyone in some way; the phrase 'poisoned chalice' springs to mind. Therefore what Morgan says in the early stages of her tenure is particularly important because she is a relatively unknown entity that needs to articulate what she is about and, given the looming election, is apparently in office to calm things down so that the spectre of Gove doesn't damage the government at the ballot box. Her recent opinion piece about government reform in The Telegraph was a disappointment for three reasons.

1. The purpose of education

One of the problems with British education is that no-one in the educational establishment can agree on what it is actually supposed to do. Michael Gove, for example, paradoxically desired a highly qualified workforce delivering a liberal education whilst legislating for an unqualified one childminding kids for free. Morgan is no different:

…give them the skills they need to succeed in a 21st century workplace.

…it benefits the whole country, making us more prosperous and competitive in the global economy.

Although this rhetoric represents a significant, and worrying, shift towards the disastrous policies of Ed Balls the duality of purpose remains; Morgan expects schools to boost the economy and simultaneously solve the kids problems before they turn into dysfunctional adults. As a teacher I've never really felt qualified to do either and the people who are have been cut back in the wave of austerity that one assumes is also making us more prosperous and competitive in the global economy. To his credit Gove had considerable time for teachers teaching a subject they like and know a lot about and it is shame that Morgan has moved away from this; I do wonder if we'll ever have an education secretary who values a liberal education for it's own sake.

'The truth is, before this Government came to office Ministers trumpeted ever higher grades and pass rates, while standards were allowed to fall. England’s performance in international studies stagnated while other countries surged ahead, and employers and universities cried out that young people weren’t leaving school with the knowledge or skills they needed. This wasn’t the fault of hard working teachers, but of a system which prized all the wrong outcomes.
That approach is in the past. Under the leadership of my predecessor, Michael Gove, we’ve turned the exam system on its head, so that it works for children, not politicians.'

Morgan articulates the problematic examination system that the Coalition government inherited from New Labour very well and she does well to highlight government reform in this area which was a step in the right direction. It is, however, a bit rich of Morgan to claim that the necessary consequences of these reforms don't work for politicians. Falling pass rates do work for politicians particularly those that have pushed through less palatable reforms by saying that the education system, and particularly those working in it, are not good enough.

3. Respect for the teaching profession

Gove upset a lot of people, including many natural allies, by negatively stereotyping teachers to justify unpalatable reforms of teachers pay and conditions. The juxtaposition of language and tone between 'enemies of promise' Gove and Morgan is rather obvious:

'I know that these changes haven’t always been easy and it’s a testament to the sheer dedication of teaching professionals across the country that schools have adapted to them so quickly.

No one should be under any illusion about the great respect that I have for the profession and the work they do to fulfil our shared vision of creating an education system which enables all young people, regardless of their background, to realise every ounce of their potential.'

One might be thankful for Morgan's kind words if the actions that accompanied Gove's were revoked – this hasn't happened. Performance related pay won't improve educational outcomes and it is immensely unpopular on the frontline; it is reform stemming from the disrespectful belief that people are self interested and lazy without some extrinsic form of motivation to chivvy them along.

It is disappointing when ministers say reforms aren't about politicians right after making political hay from said reforms and it is disappointing when ministers claim to respect a profession but stay silent about reform that grew from a disrespectful premise. It wouldn't be the best start to Morgan's tenure at the DfE if people are sceptical about what she says – of course the upside of that is that one can, more or less, ignore Morgan's Ballsian musings about the purpose of education and trying to train kids for 21st century jobs or whatever that is supposed to mean.