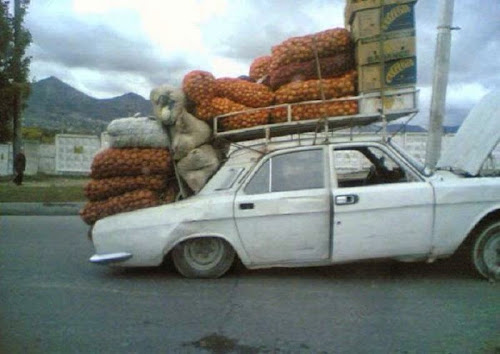 'Task saturation is that moment when you have way too much to do and no where near the time, tools, or resources to get it all done, and you crack. You know what I’m talking about. You have five customers in line, two phones on hold, your kid’s teacher just called to say Tommy’s sick and your manager is waiting for a report that’s an hour late. Slowly, insidiously, it takes over. You start to shut down, or you start to panic — you’re task saturated. So what do you do?'

Everyone will have experienced the feeling when they are so busy that everything becomes too much, they become overwhelmed and are unable to carry on. Common remedies to this can include taking a walk to clear your head or putting the kettle on. This is hardly a big deal if it happens occasionally but a task saturated workforce is the norm in a lot of schools and we know this because a lot of teachers ending up quitting, which is an extreme form of 'shutdown', because of unmanageable workload.

Teachers who don't end up quitting often cope with task saturation by taking a 'first things first' approach or they focus exclusively on one thing. Both these behaviours involve doing excluding certain tasks, say marking, in favour of others such as planning or report writing. The task saturation is harder to spot because the teachers seem busy but the long term effects are undesirable as a backlog of work in one particular area is allowed to build up.

In the absence of any meaningful action on workload I would suggest that there are a few things we can do to reduce the negative consequences of task saturation in schools:

1) Get the students into school wide common routines and have systems in place to quickly deal with students who choose not to cooperate – just sorting out lesson transitions in secondary schools by smart starting in the same way would give teachers a bit less to think about during transitions.

2) In busy hospitals surgeons cross check pertinent information with another colleague before operating on a patient vastly reducing the risk of some of the catastrophic 'you removed the wrong kidney' type blunders you hear about from time to time. In schools cross checking information and making sure there is agreement on the schools position before a difficult conversation or an important decision is made is helpful.

3) It is hardly a big secret that unmanageable workload is a big issue in education. What doesn't help are 'minion of Ofsted' type managers whose personal remit extends to little more than stating the obvious. Task saturated teachers need people to step in and get their hands dirty which is far more useful than some git sticking their head round the door and blaming them for not having time to do their job.

Now these things are not difficult to do but require a cultural shift in attitudes towards management in education. If we spent money on increasing the capacity of school systems to ride and/or react to surges in workload instead of paying increasing numbers of people to inspect them we'd do better and have less teachers quitting because of workload.

'Remember, if someone comes into your lesson – whether it's SLT or someone like me – we've all taught a crap lesson'
Consultant and Ofsted Inspector

Lesson observations, like many forms of compliance inspection, are a remarkably unreliable and inaccurate way of measuring the quality of teaching in a school. Some might argue that Ofsted's decision to abolish grading in lesson observations was a watershed moment of progress but not labelling teachers is only icing a very stale cake. The quality of the method was, and still is, the reason why lesson observations are often a stressful and overwhelmingly fruitless experience for teachers.

As stress levels within our profession rise Ofsted aren't the only ones rushing to sugar-coat thier practice, macho culture is out as SLT and consultants trip over themselves to present their own compliance inspections as somekind of chilled out, journey of self discovery. 'Relentless', 'no-excuses' and 'hold you to account' have morphed into 'critical friend', 'even better if' and 'I know how you feel'.

Now only an idiot doesn't know how some teachers feel about being observed and no teacher is under the delusion that senior managers, inspectors and consultants haven't taught crap lessons. This platitude ends up being a reminder that the established have been fortunate enough to get away with teaching crap lessons while those at the chalk face might not be, they might get unlucky and will have to deal with the consequences benign or otherwise whether they really deserve it or not – that is the game and a lesson observation will still be a lesson observation no matter how you choose to sugar-coat it.

Practical Work in Science Part 3: I’m actually paying for this!

In this series of blogposts I discuss the state of practical work in secondary school science lessons. To begin with I welcomed Ofqual’s decision to scrap ISAs which are the current method of assessing practical skills at GCSE. Last time I concluded that the ‘scientific community’ aka the educational establishment object to these changes because a) they hold an inherent belief in the value of direct assessment and b) they fear that schools devalue anything they are not held directly accountable for.

A debate around these two positions might be useful but seems a long way off considering the typical grandstanding we get now. In this post I analyse some exemplar blustering from Dr Mary Bousted who is the general secretary of my teaching Union. Part of Bousted’s address to the 2015 ATL conference involved a denunciation of Ofqual, whom Bousted claims are staffed by ‘fundamentalists’, she also made several comments about practical work in Science during this part of her speech.

‘Nicky Morgan should be worried – because Ofqual has no evidence to back up its belief that a written test can assess science lab skills.’

Now this sort of thing really is getting tiresome. Firstly Ofqual considered directly assessing practical skills as opposed to examining them in their consultation document on practical work in Science. They concluded that direct assessment is too expensive and/or time consuming for teachers to do with any degree of validity and they are absolutely right. Ofqual’s reasoning is pragmatic not idealogical and having complained about teacher workload earlier in her speech it seems nonsensical for Bousted to back a measure that would actually increase it.

Secondly we don’t assess ‘laboratory work in Science’ and haven’t done so for several years, currently we use ISAs to assess a student’s ‘planning and analytical abilities’, the work is written work that often takes place in a ‘high control’ setting – in other words an exam. It is disingenuous to peddle the idea that assessing certain scientific skills by examination represents a fundamental change in our approach.

The problem with the current ‘exam’ is that the teachers supervising it also mark it and are held accountable for the grades. It was subject associations such as the Gatsby Foundation and Wellcome Trust that worked with teachers to provide some of the most damning evidence against our current arrangements. If one reads the consultation document this evidence clearly underpins Ofqual’s justification for reforming Science at GCSE. Bousted doesn’t seem to have noticed:

‘Like all fundamentalists, Ofqual is not prepared to engage with debate…It ignores the concerns of subject experts, subject associations, teachers, employers – who argue that the qualification reform is travelling smartly in the wrong direction’

Given that Ofqual even provided a 15 page response form at the back of the consultation document one does wonder where Bousted’s, rather callous, opinions about Ofqual originate:

‘Ofqual ignores the CBI…which is extremely concerned about the assessment of school leavers’ practical skills and abilities.’

‘Ofqual is even prepared to ignore the Secretary of State for Education, Nicky Morgan, who wrote to Glenys Stacey, Ofqual’s chief executive, saying: “I continue to share the concerns of many in the science community that not having an assessment of practicals as part of the GCSE risks undermining the teaching of practicals in schools”‘

Incredibly we have a union leader concurring with a lobbying group for employers and a conservative politician who is batting for flip-flopping subject associations that didn’t get the reform they wanted and for good reason. Science teachers are generally very supportive of what Ofqual have proposed because doing away with ISAs measurably improves workload and assessment via external examination protects colleagues from being pressured into gaming and cheating. The tradegy is that I’m not sure Bousted is even aware of this, maybe I should cancel my ATL membership and start paying Ofqual £16.69 a month instead.