← On the DfE Academies and Autonomy Report Part 1: Poor Methodology
On the Gove Rogue Meme → 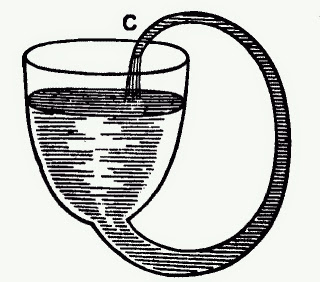 Following his departure from the Department of Education a lot of bloggers were compelled to voice their opinions about his four year reign as Secretary of State for Education. In the name of originality I've decided to do exactly the same thing!

If nothing else no one can ever accuse Gove of not standing up for his beliefs regardless of their popularity with the electorate and within the teaching profession. Gove was contemptuous of the fashionable pedagogy that spawned things like learning styles and learning pyramids. He seemingly ignored the bureaucratic monoliths created by his ministerial predecessors: Every Child Matters and Assessing Pupil Progress. His focus on subject knowledge and academic rigour meant that, for the first time in years, 'traditional' teachers had a champion at the summit of the educational establishment – although the battle against child centred progressivism was only beginning Gove endorsed intelligent critiques of Ofsted and the rise of teacher led blogging and networking through conferences such as researchED. In terms of policy Gove's biggest impact was to change school accountability measures to tackle the scandalous rise of the equivalent qualification – this will probably do more to improve the educational lot of disadvantaged children, which was important to Gove, than anything else.

Despite the aforementioned changes Gove's departure from the Department for Education was generally well recieved by the downtrodden rank and file of the teaching profession. Gove seemingly had a monetarist view of management believing that most people are essentially lazy and self-interested and need to be pushed along by extrinsic forms of motivation; his very worst policies – psuedo competition between schools, using broad averages as benchmarks and performance related pay for teachers are the product of this thinking. The irony here is that Gove's ideas about people meant that he found idealogical kinship with the school managers responsible for the problems he identified in the first place.

All of this meant Gove was a paradoxical minister. For every collaborative effort (aka researchED) Gove admired there was an edu-brand like Harris to be praised. Every time Gove reminded us about standards he'd name check an educational 'hero' who'd benefited from lowering them. For every 'traditional' teacher blogger Gove praised in public power would be handed to a non-teaching monetarist behind closed doors. Gove introduced a pay system that relies on individual self interest then bemoaned the selfish nature of teachers taking industrial action. Gove admired Army style discipline yet turned a blind eye to the behaviour crisis. Gove never really articulated what he thought schools were for; sometimes it was all about experts providing a liberal education while at other times it was about free child care provided by, well, anyone the school managers feel like.

I mentioned earlier that Gove stood up for his beliefs – this would have been a good thing if those beliefs, when taken together, actually made sense.

Other articles about Gove that I really liked:

Michael Gove and the bitter pills of education reform

Micheal Gove: loved by the media loathed by the public

Other articles about Gove that I really didn't like:

How will I remember Mr Gove

Error: Twitter did not respond. Please wait a few minutes and refresh this page.